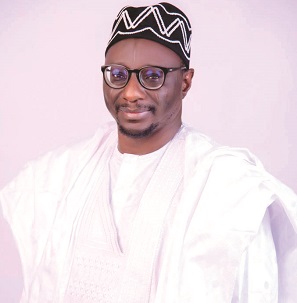 In this search to pair up Tinubu with a capable co-pilot for his party’s flight to the 2023 polls, three qualifications must naturally spring to the mind of those saddled with this responsibility.

Being from the South-West, Tinubu would need a running mate from not just the North, but the Northeast in particular, because that zone has never produced a civilian occupant in Aso Rock, Nigeria’s throne room.

Tinubu would need a partner appealing to the youth and satisfy that demographic clamour for a generational shift and representation in governance.

Being from the Action Congress of Nigeria (ACN) tendency within APC, the presidential candidate will need to balance out the ticket by co-opting someone representing the party’s second wing, President Muhammadu Buhari’s springboard platform, the Congress for Progressive Change (CPC).

Originally, Dr. Ibrahim Bello Dauda had thrown his hat into the ring as a contestant for the APC presidential ticket. However, he pulled back when unmistakable signals revealed that the President and the party would settle for none, but a Southerner as its standard-bearer. For this reason, the management consultant did not even bother to purchase the N100 million nomination forms. Being a stickler for party supremacy and collective arrangements, he chose not to follow the trail of some recalcitrant Northern aspirants who forged on and ended up on the wrong side of the party’s rotational principle.

Despite having to lower his ambition, however, Dauda still burns with his original zeal to lift Nigeria and Nigerians out of the doldrums. His integrity, youthfulness, resourcefulness and political sagacity may just be what Tinubu needs.

Despite just being 50 this month, Dauda easily ranks as a veteran of the struggle. Between 2003 and 2007, he had served in Buhari’s ANPP as the Plateau State Coordinator of The Buhari Organisations (TBO), a support group for the party’s Presidential Candidate. Later, he worked within the Congress for Progressive Change (CPC), founded by Buhari in 2009 as a vehicle to vie for the presidency in the April 2011 elections. That dream tanked. However, Dauda had in CPC served as a Member of the National Convention Committee in 2013, Executive of the National Registration and Membership Committee in 2013. Subsequently, Dauda followed his hero when CPC joined forces in 2013 with the Action Congress of Nigeria (ACN) and other interests to establish APC. Here too, Dauda served in 2014 as National Secretary of the Buhari Support Group Centre (BSGC) and National Coordinator of the Buhari Support Organisations (BSO). Later, in 2019 he became National Secretary of the APC Women and Youth Presidential Campaign Team, Member of the Support Groups Directorate of the APC Presidential Campaign Council and Director of Operations to the Buhari Support Organisations. It all paid off when the APC alliance successfully wrested power from the ruling People’s Democratic Party (PDP) in 2015.

WHO IS DR. IBRAHIM BELLO DAUDA?

A Kanuri, whose lineage traces roots to Gora town in the Shani Local Government Area of Borno State, Dauda began life in Jos North area of Plateau State, where he was born on June 3, 1972. Beginning education at Roman Catholic Mission Primary School Giring Abattoir Jos, Plateau State, he later attended Army Secondary School Chindit Barracks Zaria. He returned to Jos to study Accountancy at the School of Accountancy and Management Studies (PSAMS) and acquired OND and HND qualifications in Financial Management and Accountancy. Academically, this Accountant-Administrator comes eminently qualified. He obtained his doctorate degree in Business Administration from the Cornerstone University in Israel, and has no fewer than 27 professional and academic certifications from Nigeria, several African countries, America and other parts of the world. He as well has about 13 honorary awards and decorations.

He currently sits as President of the Platinum Vault Group of Companies that he co-founded in 2015.

As Chief Executive Officer, Dauda has turned the firm into an octopus that has blossomed into 10 companies with tentacles in oil and gas, agriculture, mining, power generation, telecommunications, logistics, construction, business and management consulting. As Chairman of the board, he oversees four vice presidents who handle: Corporate Services, Finance, Business Development and Operations.

A tireless philanthropist, El-Dabi is President of the Almajirai Empowerment Foundation (AEF), established to assist the over 10 million Almajiri children in Nigeria and help equip them with education, reorientation and skills acquisitions. He is also the Director General of the Sahelian Centre for Leadership and Development, and is focused on the mentoring and development of young people. It serves too as a centre of excellence on policy, strategy and development.

Dauda’s track record in three decades of social networking has made him a darling of Nigerians from several works of life. In fact, they actually piled pressure on him to seek political leadership. Groups and individuals are falling over themselves to endorse his politics –from youth groups, to artisans, to farmers, to ethnic groups and religious organisations. They pray for him to rise to the commanding heights of national service.

Of him, the Yoruba General Assembly (YGA) said: “Dr Ibrahim Bello Dauda’s humane character and humility have endeared him to us all. The ancestral and distinguished Yoruba General Assembly Worldwide, having gone through his antecedent and pedigree, cannot but stand out firmly today to endorse him publicly and to assure you that we will mobilise our people and  ride  with you all the way!”

Signing to his political elevation, also, is the Coalition of Nigeria Youth Leaders (CNYL). This is an umbrella having within its ranks several youth civil society groups, notably: National Youth Council of Nigeria, Creative Centre Against Poverty and Underdevelopment, Youth Advocacy for Credible Leadership, Youth for Peace and Security Development Initiative, Empowerment for Unemployed Youth Initiative and the North/South Youth Integrity Forum. Others on board include hardcore political wings, including the APC Youth Integrity Network, APC Youth Vanguard, APC Young Professionals Movement, APC Unity Group for Goals, APC Youth Support Group for Better Nigeria, Muhammadu Buhari Youth Emancipation Strategic Movement, as well as Partners for Legislative Agenda in Nigeria. Describing Bello as a young adult imbued with impeccable leadership credentials, the group offered, “Having identified a young Nigerian of unassailable leadership credentials, we find it right and righteous to choose and stick with our own for the job of the Nigerian presidency. This endorsement is not just about being young. It is about possessing the requisite credentials and capacity to lead the country at a time that dynamic and digital leadership is most desirable.”

Ude-Umanta, spokesman for the coalition, at a press conference earlier this year, publicly reminded President Muhammadu Buhari that in assenting to the “Not Too Young To Run Bill (now Act),” he had sought the youth’s support, promising to reciprocate in due course.

“That was a promissory note and cheque,” Ude-Umanta said. “It is time to cash it and there should not be any bankruptcy about it. We hereby remind Mr. President and the APC of this promise, and we urge them to honour it now that the youths have presented somebody who is eminently qualified to lead. He will no doubt ensure massive youth support for the party; and victory in the 2023 elections would have been assured before voting starts.”

The All Farmers Progressive Association (AFPA) that strings together agriculturists from various regions also vouch for him. AFPA National President, Chief Ogbo Joseph Douglas, said in a statement, “We have decided to endorse and stand by Dr. Dauda, El – Dabi as the candidate that can guarantee Nigeria’s resurgence as an agricultural power house and leader in the comity of agriculture exporting nations. Anywhere he goes, we go with him…we will vote for his party.”

His cosmopolitan outlook also won the heart of the Northern Christian Group. It has had the same effect on Nigerian students, who under the aegis of the Coalition of Students Bodies, also, expressed their love, saying, “After due scrutiny of all and sundry contenders for the highest office in the land, we have found one man that has shown a rare  light on our path through his professionalism, his politics, his sagacity, diligence, charisma and love for country…. Having a tested and trusted capacity and competence, we believe that he possesses the intellectual dexterity and calibre to restore Nigeria’s lost glory by grappling head on with the multiple crisis bedevilling the country, from the tertiary education and ASUU crisis, persistent insecurity, economic development, youth empowerment and job creation, fighting corruption, among others.”

Coincidentally, Dauda and Tinubu will have the same combination as the ticket that produced the world-acclaimed June 12 free, fair and credible election won by Bashorun Moshood Kashimawo Olawale Abiola. Like Abiola’s running mate and Vice President-Elect, Ambassador Baba Gana Kingibe, Dauda hails from the Kanuri stock in the North-East state of Borno. A marriage of Yoruba and Kanuri gave birth to June 12 in 1993, who doubts that the same combination will work 30 years later in 2023? In a Tinubu-Dauda ticket, are the stars just conspiring to make Nigeria’s freest, fairest election happen again?